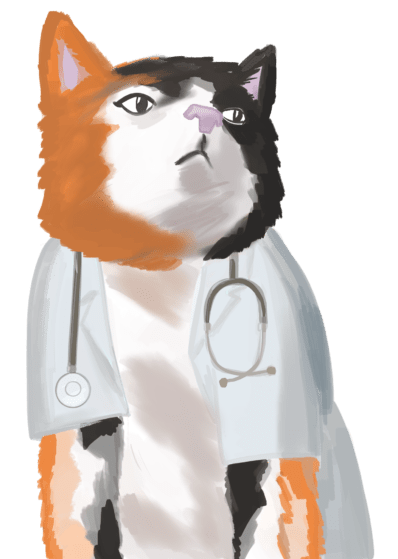 As we begin to gear up on promotion for “Destroy All Humans,” it feels like I’m saying goodbye to an old friend in “Calico M.D.” When I began work on “Calico MD,” it was in the midst of a crossroads in my life as I had just gotten out of a toxic relationship and didn’t quite know where my life was heading. I began working on this script with really no expectation of it actually being produced. And in many ways, I reveled in this reality. If it’s not going to be produced, then I might as well enjoy every minute of conjuring this strange world.

Many folks like to continually give advice and sell books on how “to sell” in Hollywood. And a lot of it, in my opinion, is really damaging poppycock as I find the most exciting stories are the ones that kick me on my ass and make me think. When I was crafting “Calico MD,” the two constant ideas that really lit the fire of my imagination are the idea of ambition with no hope as represented by Dr. Calico and of a community that survives despite its circumstances as represented by Cixious Village.

You may have noticed that there is only one identifiable character in Cixious Village, outside of Gris and Cecil, and that is Big Ant. Groups are funny things in that they often have distinct identities, and those identities are usually directly correlated with their stated ideals and goals. For that reason, it is almost a necessity to have a leader because it’s the leader’s job to harness the group’s collective strength towards a goal or ideal. The Big Ant character came into being to showcase what the weight of power does to the individual. Her job is to maintain the utopia, yet, in becoming the authority that protects the village, she also distorts the utopia into a dystopia.

Dr. Calico, unlike Big Ant, represents the individual. Dr. Calico is all consumed by her dream of being a doctor that she finds herself willing to go to any lengths to achieve it and finds herself utterly blind to the needs of those around her. So, in essence, Calico MD is about how even the most extraordinary dreams can go horribly awry. Again, I wrote the story while at a crossroads in my life. However, what I am most proud of when it comes to Calico MD is that even though it is a story with profound existential questions, it is perhaps one of the goofiest, silliest stories you may encounter.

I was fortunate to find like-minded artists in the form of our incredibly talented cast and crew. If I had tried to shop Calico M.D. to various production houses, I shudder to think what the response would have been. I can hear the comments now: “Is this for kids?” “This needs more adult humor! More Sex!” “It needs more gags!” I can only imagine what studio executives would have thought about birds named in reference to Joseph Cornell and  Juan Gris. And yet saying all of this… I distinctly remember the fear I had leading up to our release of Calico MD. That perhaps people would just think this was all silly and not get what I was trying to do.

And this to me is the beauty of VENUS RADIO THEATER’S stage. An array of folks have approached me to tell me what they took from Calico MD, and to hear people just accept it on its own terms… has been incredible. While there is certainly a line between self-indulgence and artistic intent, it really is inspiring to see audiences coming to our material with an open mind and asking themselves, “what does the artist intend with” rather than merely a mindset of “ENTERTAIN ME! AND DO IT QUICKLY!” So, while I came to Calico M.D. with lofty goals and whatnot, my biggest take-away is… It’s amazing to see where audiences will go with you.