Not your Typical Podcast Series!

What is “The Venus Radio Theater on the Air”?

An audio anthology podcast series created, directed, and edited by Eric Emma to showcase the diverse and emerging voices of America. Each monthly installment presents a new fantastic audio play each with a new writer and cast at the helm. The Venus Radio Theater began in 2018 in Harlem with a pilot program of twelve writers, with more than half being PoC, LGBTQI, Female, or Person with Disabilities. Our goal is to redefine what is possible in audio drama with each and every story we produce, while also defining best theater practices for our artists and audiences.

THE WHY BEHIND THE THEATER!

Eric Emma had spent his career producing content for a variety of new media platforms and was tired of the lack of empathy, fun, and innovation. He wanted to create a place that wasn’t about pitching, but rather it was about listening. A production house by artists for artists in the vein of Jim Henson Productions or United Artists. As long as the story has a voice and has something to say, then no idea is too extreme or too grand for us, and we’re going fight to make sure we stay as true as possible to the original author’s intent.

Uncle Benny and Nephew Bobby introduce and close out each of our audio plays in a fictional Rhode Island theater. The cantankerous Uncle is consistently aghast at the liberal un-American programming, while Nephew Bobby fights to put on a new theater that represents all. And, the audience, well they’re there for the promise of free food and the musical act at the end. Each episode ends with a musical act! 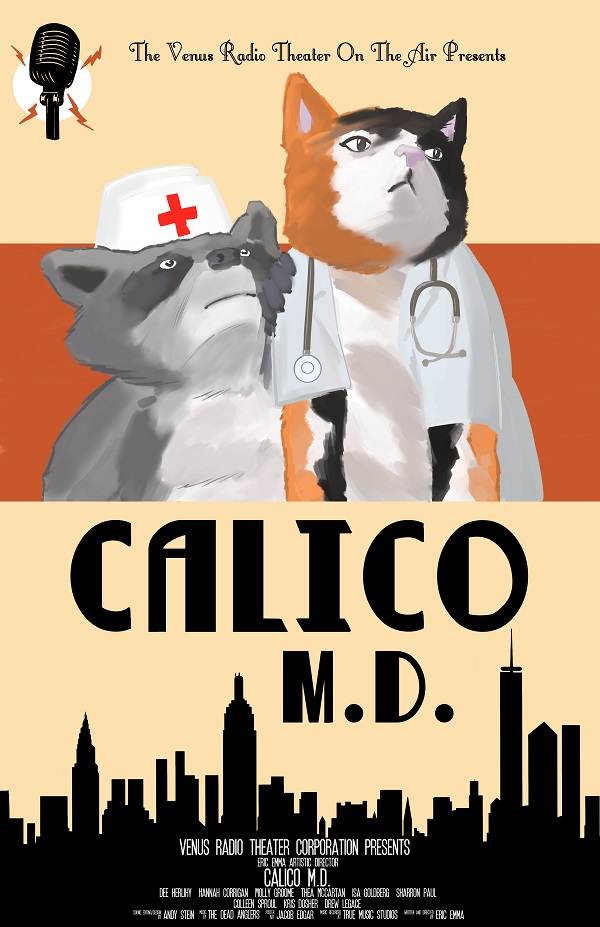 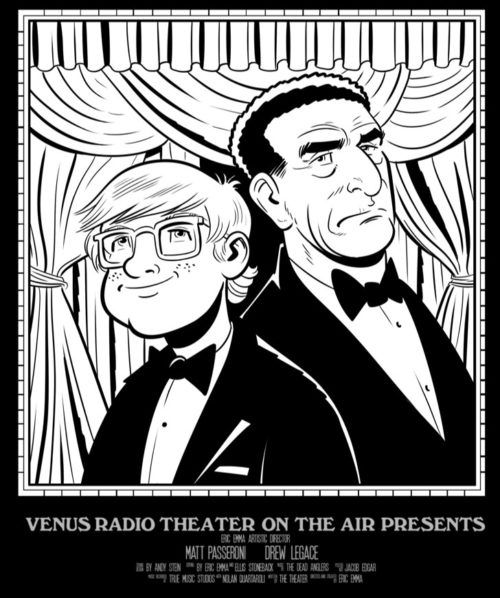 THE SCHEDULE OF VRT ON THE AIR PRESENTS

While the tone of every show is dictated by the writer, we
consider “VRT on the Air Presents” for adults and features mature themes as
well as uncensored profanity.

VRT on the Air Presents is available to stream on
multiple podcasts networks all of which can be found here: https://venus-radio-theater.captivate.fm/