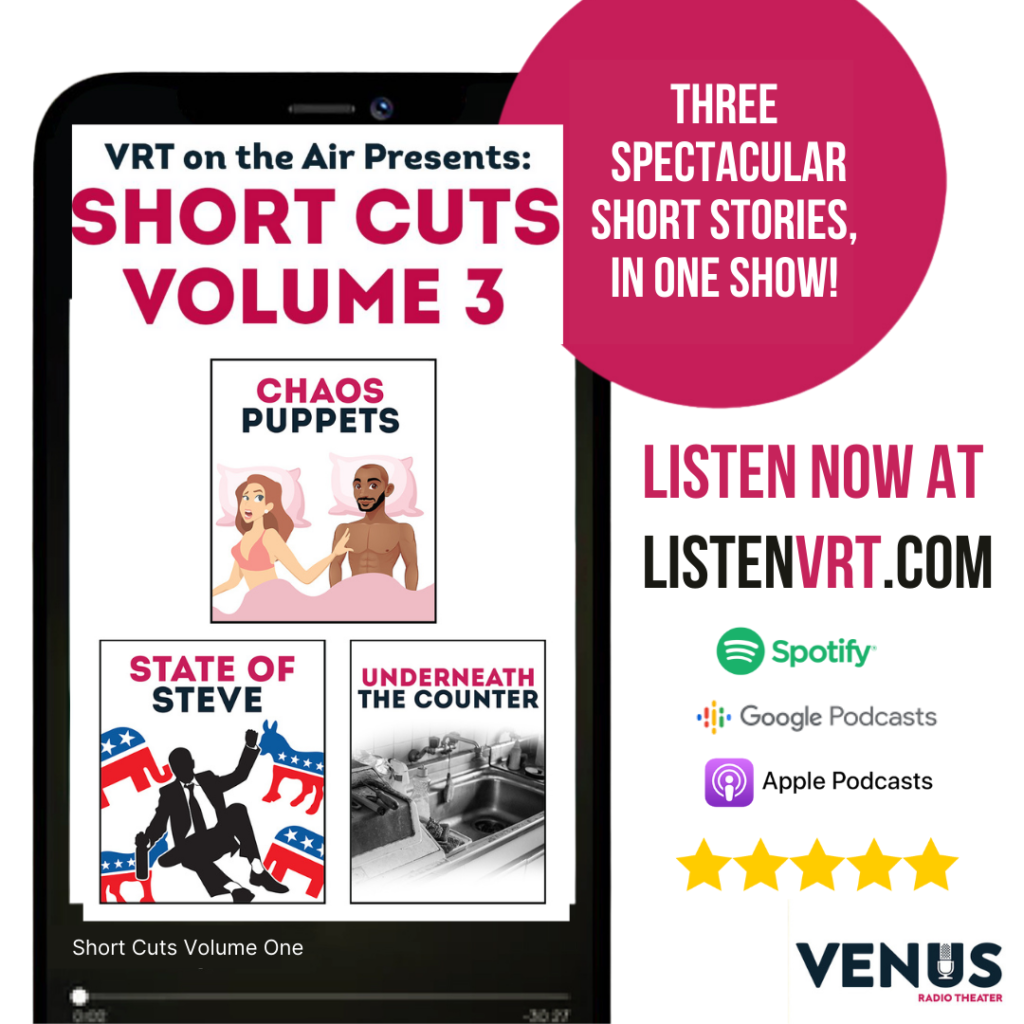 Story 1: DRAMEDY. In the middle of the night, Celia wakes her irresponsible boyfriend up as she comes to the startling revelation that their relationship has turned her into a control freak hell-bent on order and the only way for her to regain her true self back is if they break up!

Story 2: COMEDY. Within the brain of a good for nothing twenty-something-year-old named, Steve… Various factions fight for control and power, and on this particular day, President Hollis and his team have been voted in to turn Steve’s life around… But they find that things are a lot harder than they may have thought.

Story 3: Horror/Dramedy. Lisbon lives a dreary life with her common-law husband, Lester, in an illegal basement sublet in NYC and when she discovers a baby alligator living beneath her sink, she believes she’s found what she’s looking for, now she only needs to convince Lester to let her keep it!