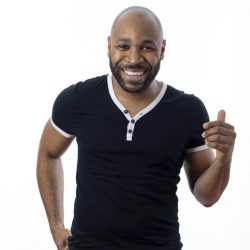 A Bronx-born, NYC raised actor, Ugo received his BFA from Brooklyn College and, since graduating, has been consistently performing. He enjoys working on “Avant-Garde” plays but has also worked on off-Broadway productions such as [PORTO] (WP Theater), “Today is my Birthday” (Page 73) and “JOB” (The Flea Theater). He has also been seen regionally, appearing in “Ripcord” at The Huntington Theater in Boston and internationally in “Adventure Quest” at The Edinburgh Fringe Festival. Ugo’s TV credits include “The Path” on Hulu and “The Adventure of Kimmy Schmidt” on Netflix. Ugo is also a teaching artist with New Victory Theater.