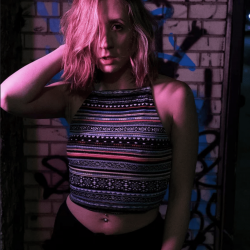 Kristen is one super cool chick who time traveled here from the 1990s to pass out Dunkaroos and Slap Bracelets. No, not true, but on a real note: Kristen has devoted the last few years to creating a 90s era web-series called, BEEOTCH. She and her crew have worked tirelessly to perfect the skill of shooting an entire series on VHS camcorders – yep, you heard that right. Also be on the look-out for “Failures”, which will be premiering at the Chinese Theatre in Hollywood.