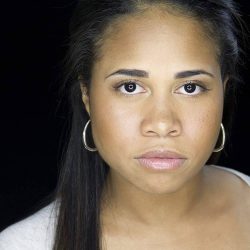 ERICA A. HART (Casting Director) graduated from NYU’s Tisch School of the Arts, where she studied film and television. She has been casting for over 10 years on many high profile projects. She started off in network and studio casting moving her way up to Casting Coordinator in the New York Office of ABC Primetime Casting. She has cast projects that have screened at the Tribeca Film Festival, SXSW, Outfest, Cinequest, and the Cannes Film Festival and are streaming on Netflix and Amazon. She has cast commercials for high-end brands such as Maybelline, Gillette, Hasbro, and Delta, to name a few. In 2018 and 2019, Erica collaborated with The National Black Theatre to cast 125th & FREEdom, Mondo Tragic, and WiLDFLOWER. Currently, Erica is the Casting Associate for “Ray Donovan” (Showtime), “The Bold Type” (Freeform), “Defending Jacob” (Apple), and “Godfather of Harlem” (Epix). Outside of casting, she has received grants from the Puffin Foundation and The Digital Bolex Grant, in addition to developing new series for BET and WeTV.