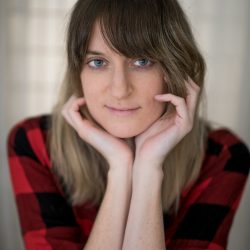 Originally hailing from New Hampshire, Dee trained in LA/NYC as an actor and filmmaker. Her work has played for audiences across the country and in such prominent film festivals as SXSW, Frameline, OutFest, and the Austin Film Festival. She starred and co-created her own comedic web series entitled The Really Cool Show that went on to garner over 20 million views. In 2012, she co-founded the production company Robel Films.