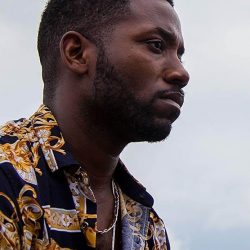 In 2009, he graduated from the M.F.A. Drama program at the Tisch School of the Arts at New York University. He has worked consistently in theater and film since graduating. He has been in productions at The Playwrights Realm, New York Theatre Workshop, Transport Group, La MaMa E.T.C. and The National Black Theatre. On screen, he has appeared in “Golden Boy” (CBS), “Deception” (NBC) and “Blue Bloods” and in the films Mother of George (Sundance), Terry Richardson’s Last Hours (Cannes) and Nigerian Prince.